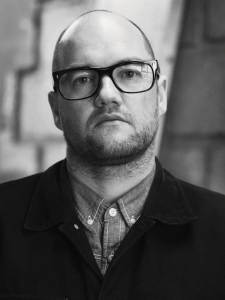 DFace is a British multidisciplinary street artist known for his pop-inflected body of work that critique the modern world, in particular consumerism and the American Dream. His imagery delivers the viewer a moral dilemma, embrace or reject, laugh or deny.

Born in 1978, DFace aka Dean Stockton was raised in London. Thanks to Henry Chalfant – an American photographer and videographer, and his documentation of subway graffiti in New York City in Spraycan and Subway series, Dean fell in love with the culture of graffiti. Later as a teenager growing up in London, skateboarding and Thrasher magazine’s coverage of skateboard deck graphics led his interest towards stickers and the do-it-yourself mentality associated with skate and punk fanzines.

While attending an Illustration and Design course, the artist worked part-time as a freelance illustrator and designer. At the same time, he was slowly developing his street-art style. Some of his early influences included Shepard Fairey’s famous Obey Giantcampaign, Jim Phillips’ skate culture, hip-hop and punk-rock music, and popular animated cartoons.

Today, DFace is one of the most prolific contemporary urban artists of his generation. He was the owner of the Outside Institute, London’s first contemporary gallery primarily focused on street and urban art.